Home  »  Visiting Costa Rica   »   Who are the top 5 best Costa Rican footballers of all time? 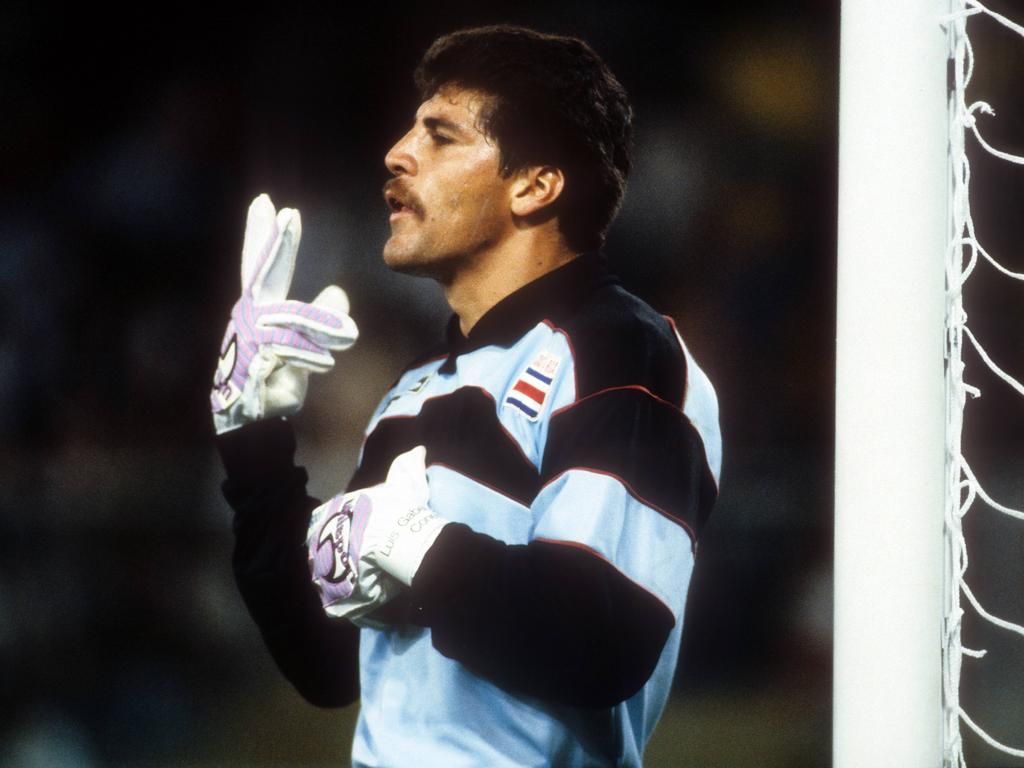 Liga Promerica might rank second to only Liga MX amongst the CONCACAF leagues, but the nation doesn’t always get the respect it deserves from around the world.

Despite that, the country has produced a fair few player straight from the top drawer over the years. Here we look at the five best Costa Rican footballers of all time.

If someone from outside of Costa Rica took a look at Centeno’s CV they might be quick to dismiss him. They’d be a fool though.

He is the country’s all-time appearance leader with 137 to his name but it was his silky dribbling skills and precision passing that earned him his many admirers.

For the national side he netted 24 goals and laid on eight assists but if you’re still unconvinced then his trophy haul that includes 10 domestic titles might cause you to rethink.

A 12 month spell in Greece in the early 2000’s didn’t work out for Centeno in his only taste of football away from the Americas but goals against Roma and Real Madrid in European competitions can’t be taken away.

Fonseca might find himself hard done by to only sit fourth on our list given he’s the all-time leading scorer for Los Ticos. The 5ft 8 striker has 47 international goals to his name from 113 caps. He was pretty prolific on the club front too with 234 league strikes.

The goals weren’t half spread around though with his name in the goal scoring books of no fewer than nine different sides. That combined with a total of 12 titles – including a trio of CONCACAF Champions’ Cups – give Fonseca a pretty impressive legacy.

When the 1990 World Cup kicked off nobody outside of Costa Rica had heard of Conejo. By the end of the tournament, the whole world knew his name. A group containing Brazil, Sweden and Scotland had the odds stacked against qualification but Conejo had different ideas.

He produced save after save in the opener – a 1-0 win over Scotland, before a narrow loss to Brazil left things in the balance. A third inspired performance in a row though helped Costa Rica to the knockout stages. It was unthinkable. Conejo, however, missed out through injury as his team were sent packing.

He did get a spot in the team of the tournament though such was his impressive form in the group stage. Albacete signed him after the World Cup where he donned his gloves in La Liga for three years before a return to Central America. All in all, 40 national team appearances and one of the best Costa Rican players of all time.

Wanchope had come through the ranks at Herediano before signing for then English Premier League club Derby County. He was only 21-years-old but made a quick start with a goal and assist on his debut, which just so happened to help his team to an away win at Manchester United. It proved the beginning of a strong spell in England as he bagged 65 goals across the three clubs he represented – the others being West Ham and Man City.

Spells in Qatar, Spain, Japan and Argentina followed before he called time on his career at the place where it all began, Herediano. Despite a decent club career, it’s the 45 goals in 71 caps for his country why we love him so much. The fact most of them came in competitive fixtures shouldn’t be overlooked either. He even went on to coach the side.

When you have a stadium named after you, it’s fair to say you’ve probably done something right. In Morera’s case, that right thing was finding the net with consummate ease. To Costa Rica football, he is probably a reference as important as Babe Ruth was to the teams in the Major League Baseball Odds.

Most of his goals came in his native Costa Rica but a blistering two-year spell with Spanish giants Barcelona looked set to put his country on the footballing map.

He hit a mightily impressive 63 goals in just 76 matches. There would have been a lot more too had it not been for the Spanish Civil war in the thirties, which brought an end to his time there.

Morerawasn’t done though and back in Costa Rica he won three more league titles before calling it a day.

Although he is rightly held in high regard amongst his countrymen, you do wonder just how far he might have gone had he remained in Europe. He could have become known as one of the best the world had ever seen.

There you have it, five of the best Costa Rican footballers of all time. A pretty frightening five-a-side team. Who would you include? Should KeylorNavas had been mentioned? Let us know!