There aren’t may staple destinations for travelers, perpetual tourists, and expats alike in Costa Rica, especially in the dwindling Gringo Gulch area of San Jose, which was once ripe with American bars and restaurants.  Over the years, tourism to Costa Rica has rocketed up, but not in San Jose.

Today, we’ll share with you a review of one of the top American bars in San Jose.

This place is a combination of a hotel for tourists as well as a hangout for locals.  It’s typically for the elder single American, but not entirely geared that way.  Yes, there are “bar girls” that hang out there and will likely entertain you for compensation, but don’t let that deter you.  The owners have set up a place that is friendly, throws theme parties, and has every major sporting event televised on multiple screens.  You can’t go wrong if you are looking for the perfect place to watch a game.  The largest problem in Costa Rica is often that the locals will opt to put on soccer instead of a MAJOR sporting event.  This doesn’t sit well with many people, but this won’t happen at the Lodge. 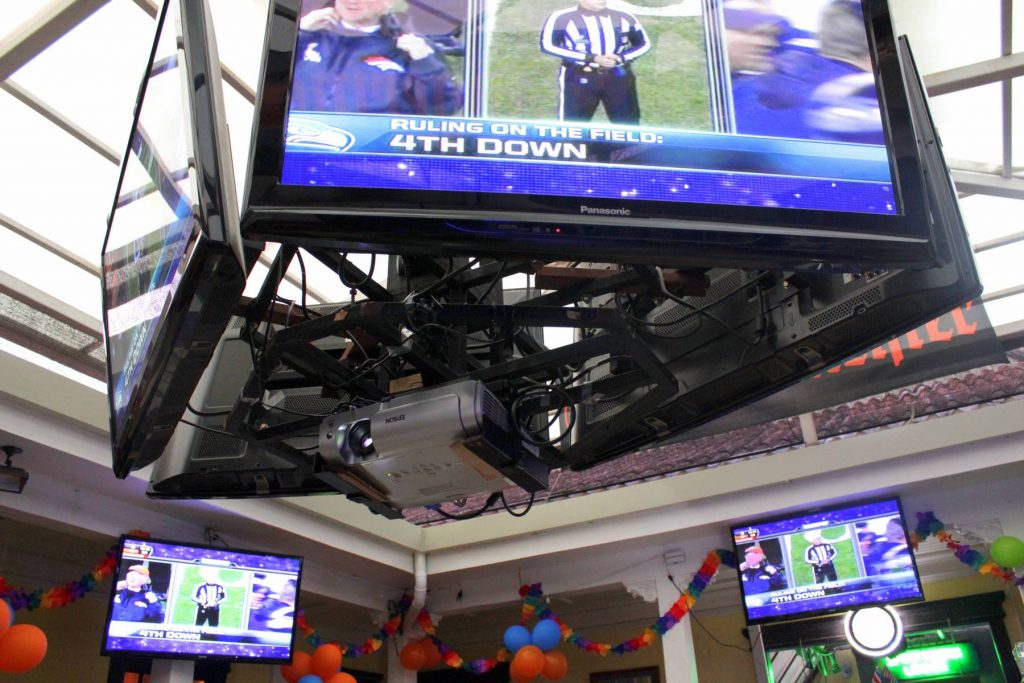 You’ll always catch the game at the Lodge!

If you are the average male traveling around the downtown area of San Jose, “the Sportsmens” (as most locals call it) is the best spot to relax.  It’s a step up in class from the near by Del Rey, as well as a tad bit more quiet, but in a good way.  The hotel is a converted old mansion that has several wings featuring themed rooms to fit every budget.  You can secure a room that opens into the main lobby, which features numerous couches and an enormous bar that is always playing sporting events both local and globally.   No matter what budget and expectations you have, this hotel offers something for everyone.  There are even wings with their own bars if you are coming with a group!  The rooms are unique and clean, which isn’t always the case in Costa Rica, especially with the hotels in downtown.

Besides being clean, the rooms are well lit and very safe.  Although danger lurks just blocks away from this place, (and let’s face it, anywhere in San Jose) everything here is very safe and well guarded.  There is full time security making sure there aren’t any street urchins or homeless misfits that will cause any inconveniences.  Everyone in the establishment speaks English, albeit some of it is broken.  Bill Alexander, the owner, is usually on premises and is a hands on manager who takes care of any issues as they happen.  He’s one of the most approachable and well liked Gringo business owners in the Central Valley, and he’s happy to enjoy a drink with you and chat. 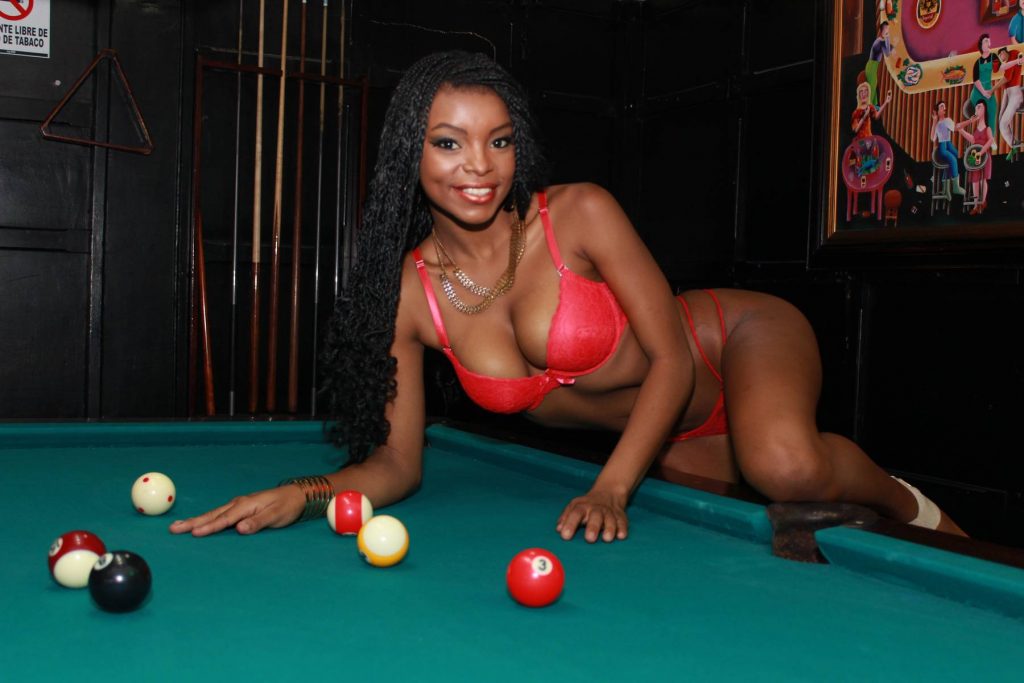 There is pool table, which always seems to attraction attention!

Standard or “Tipico” breakfast is offered.  It’s free of charge, and what you would expect for a free breakfast.  If you are looking for more, the kitchen does offer a full American style menu.  Food is average American quality, which makes it very good in comparison to most of the places trying to make American food in Costa Rica.

As a warning, you won’t want to stay in any of the interior rooms that open up to the lobby bar because there will be noise early and late.  If you are an early riser and find yourself staying up late to close the bar, you won’t have to worry about this.

You can get massages on premises as well as have access to a small gym and sauna.

The Women & Bartenders at Sportsmens Lodge

Now, this is the part that a lot of people who may not “get” that prostitution is legal in Costa Rica (and again we are NOT promoting it – let’s make that clear) have a hard time coming to grips with. 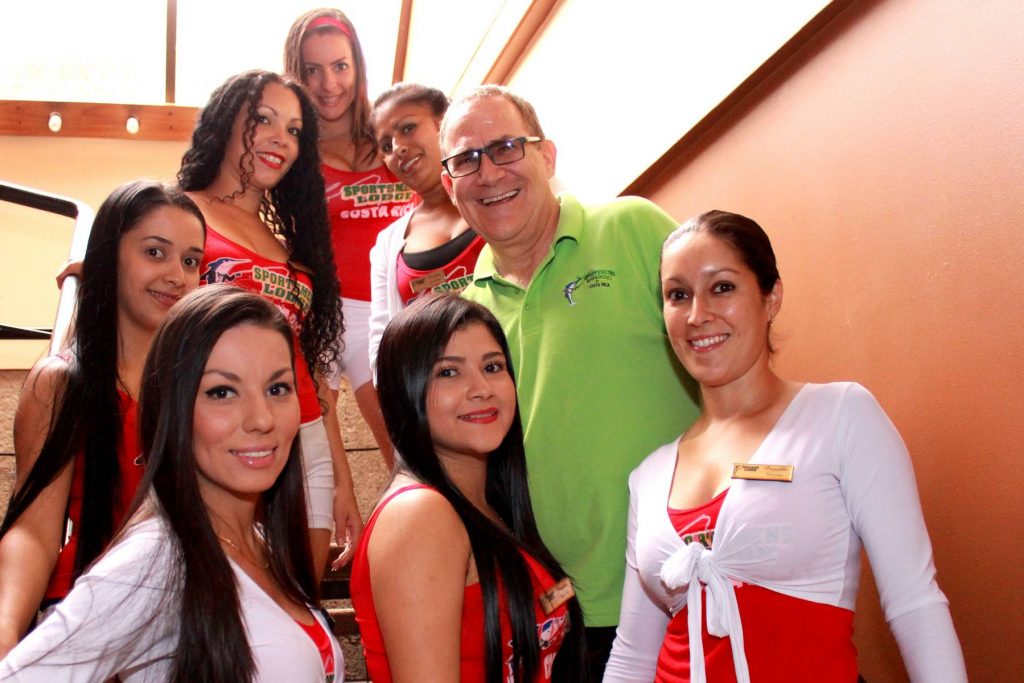 The bartenders are the friendliest in San Jose!

The Sportsmen’s Lodge allows entrepreneurial women to roam the premises.  That being said, it’s not so in-your-face like the Hotel Del Rey, but they are around.  There may be a handful all the way up to maybe 20 on any given night.  Of course, when they host events, there are always more.  However, rest assured this isn’t a brothel or a place where women are pushy.  In fact, they aren’t allowed back in if they are anything less than classy. They won’t approach you or tempt you unless you engage them, and many of them are bar regulars simply looking for a sponsor on their bar tab.

While I’ve seen families check into this place, it’s not something I would be comfortable with.  To each his own.

You’ll also find the hotel very accommodating and friendly when it comes to shuttling you to and from the airport as well as making arrangements to go on excursions like ATV rides or sport fishing.  Simply call the hotel and they are happy to make arrangements for you.

At the end of the day, if you are visiting Costa Rica, especially as a male, you won’t find a more hospitable place that will welcome you like the Sportsmen’s Lodge in San Jose.

Book Your Room Online & Save!

Here’s a link to the Sportsmen’s Lodge Restaurant Menu

Map of Where Sportsmen’s Lodge is located in San Jose 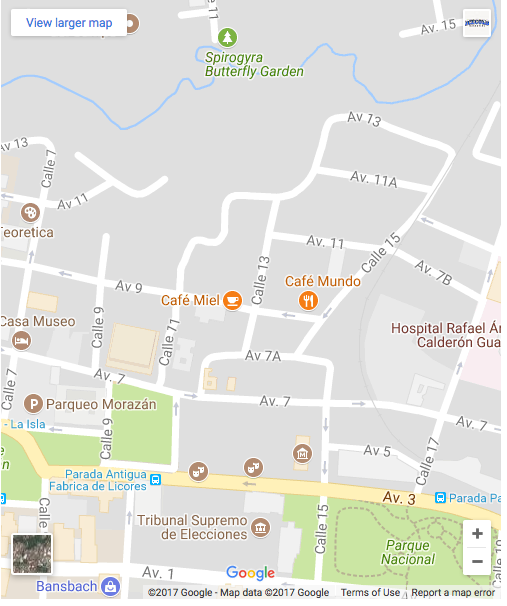