As a resident of Costa Rica with 18 years of experience living in and visiting this fine country, I’ve had my fair share of interactions with Nicaraguans of all types, social statuses, and backgrounds.  If you ask any Tico about Nicaraguans, they usually snicker at you.  They call them names, as just about any bordering State or Country will speak less than stellar about their neighbors.  There is bad blood here, but irregardless to that, there has always been a very large presence of Nicaraguans living in Costa Rica.

Newsweek just ran a story that dove tails on the recent turmoil in the neighboring nation.  Things are less than ideal in a country that has had issues with it’s governing body for my entire life time.  A once promising, always beautiful nation is now destined to not see the turnaround I had hoped it would experience in my life time and become a nation like Costa Rica that people visit without fear of losing their lives.

It was said that every day, nearly 100 people take the Los Chiles Trail and avoid the turmoil going on in their country.  This turmoil I speak of has left 448 people dead as I type this entry, and over 1,500 known injuries stem from the violence.  There is a large community of asylum seekers in San Jose that started arriving when all of this violence kicked off back in April.  However, with the escalation of this violence taking place without an end in sight, the number of Nicaraguans escaping their homeland has started to increase.

“We can’t go back until the president is gone,”

-Francisco Pérez Mairena, whose neighborhood was stormed by police and pro-government militias, told The Guardian.

Proposed pension cuts back in April led to the initial protests, and when the police became involved, the violence ensued.  The demonstrations, mostly by students of local Universities, became hostile as the police spent no expense at letting them know their protests would not be tolerated.  More people became involved, and essentially joined in what became riots to show the lack of satisfaction with the current President, Daniel Ortega, who is of the Sandinista political party.  Protesting his policies, they demanded that he resign from his position.

With the violence quickly escalating, the government enlisted paramilitaries to stave off the protests.  The opposition to the government is massive and ranges from doctors, journalists, and human rights activists.

“It started when Ortega decided to clean house violently. If you were involved in any way, you are a target,” Maria Elizondo,

(an activist who provides medical care and food to displaced people in San José, told the U.K.-based publication.)

It’s unknown how the people of Costa Rica feel about all of this taking place, being the relationship between the nations isn’t the best.

Ortega has hailed as President of Nicaraguan dating back to 2007, and he of course denies being responsible for any violence of casualties of this crisis.  He also refuses to give up power and intends on finishing his term, which will conclude in 2022.

While protests continue against Ortega and his position, there are also supporters who continue to wave the Sandinista flags around the country. 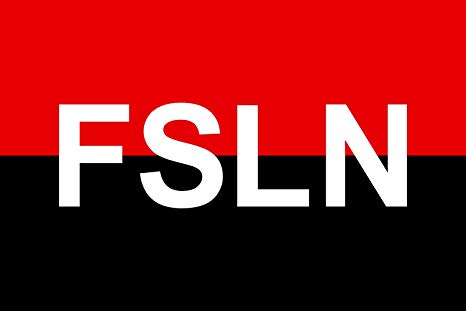 According to the Newsweek story, the UN has been critical of both the protesters, as well as the government, but they firmly place a blame on the local police as well as officials, citing human rights violations like killing, torture, and detention, not to mention the denial of a humans right to express feelings.

On the other hand, the U.S. actually supports the protests and blames the government.

“The United States strongly condemns the ongoing violence in Nicaragua and human rights abuses committed by the Ortega regime in response to protests. After years of fraudulent elections and the regime’s manipulation of Nicaraguan law—as well as the suppression of civil society, opposition parties, and independent media —the Nicaraguan people have taken to the streets to call for democratic reforms,”